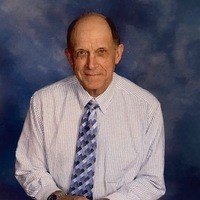 Mr. Douglas was a descendant of the McCallister family from Ireland and the Douglas Clan of Scotland. Both families emigrated to the Unites States in the 1800’s.

John and his siblings attended one of the last country schools located east of Bushnell, known as Checkrow. After Checkrow closed he attended Bushnell Schools and later graduated from Western Illinois University Lab School in 1971.

John was a veteran of the Unite States Air Force and served in the early 1970’s as a simulator technician on Boeing KC135 aircraft. He was a certified private pilot and completed aerobatics courses in Wisconsin. John was a multi-talented person with many interests. He was a state level competitive trap shooter. He enjoyed time with the Bushnell “Flying Fools” radio control model airplane club. He built many RC aircraft including trainers and gliders.

John worked for a time with his father on the family farm raising Chester White, Hampshire and Duroc hogs as well as corn and soy beans. In the late 1970s he was employed by Phoenix Engineering of Macomb and in later years he worked at Midwest Control Products in Bushnell.

John was a talented musician and played guitar, saxophone and piano. He was an avid reader especially of history and firearms literature.

Our Brother John will mostly be remembered for his gentle soul. He was quiet, soft-spoken and sincere. We enjoyed immensely his dry Irish humor. He served the public selflessly with no regard for himself.

Funeral services will be held at 10:30 AM Wednesday March 11, 2020 at the Bushnell United Methodist Church with Pastor Amy Holman officiating. Visitation will be held from 5:00 until 7:00 PM Tuesday March 10, 2020 at the Martin Hollis Funeral Home. Burial will be in the Bushnell Cemetery with full Military Rites. Memorial contributions can be made to the New Philadelphia or Point Pleasant United Methodist Churches. Please sign the guestbook and leave condolences at www.martinhollisfh.com