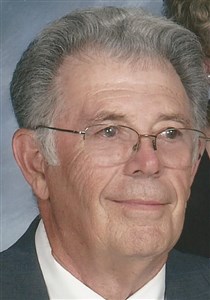 Jon was a United Methodist Minister from 1985 to 2014. He served at several churches in his 29 years of ministry including Brownsville, Springerton, Mill Shoals, Dorris Heights, Mt. Morriah in Galatia, McHenry, Enfield and Wesley Chapel United Methodist Church. Jon served as a Youth Leader, Sunday School teacher, and Lay Leader at the Emmanuel Methodist Church. He was a boy scout leader with troop 454 in which he helped organized. Jon was the President of the Carmi Rifle and Pistol Club, and a member of the NRA, Jon was an avid hunter and fisherman. He loved camping, playing the guitar, and playing with his grandchildren and great-grandchildren.

Jon is survived by his wife of 59 years, Marilyn; two sons and daughters-in-law, Mike and Lei Anne Westfall of Norris City and Doug and Sheila Westfall of Enfield; a brother and sister-in-law, Fred and Peggy Westfall of Marion, IL; five grandchildren, Tiffany Bickett and husband, Jerad, Lori Couts and husband, Jon, Ben Westfall and wife, Ashley, Sarah Haley and husband, Todd and Rachel Attebury and husband, Brad; ten great-grandchildren, Tate and Kendall Bickett, Myla Couts, Chase, Nathalie, Kambrea, and Kynzee Westfall, Eva Marie and Raley Attebury and Niah Haley and her new sister due in March. He is preceded in death by his parents Clarence "Bud" and Martha "Marty" Westfall; and one great-grandson, Henry Alan Haley.

Funeral service for Jon Westfall, 78, of Carmi will be held at 10:00 am on Friday, November 18, 2016 at the Emmanuel United Methodist Church at 203 Edgewood Lane in Carmi. Burial will be in White County Memorial Garden with Military Rites by the Carmi VFW and American Legion. Visitation will be on Thursday, November 17, 2016 at 4:00 pm until 8:00 pm at Campbell Funeral Home and after 9:00 am Friday at the church. Memorial contributions may be made in Jon's memory to the building fund at the Emmanuel United Methodist Church and will be accepted at Campbell Funeral Home.