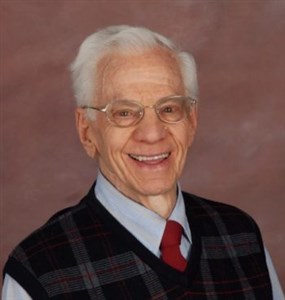 The Rev. Joseph Neal Peacock died on July 28, 2020 at the age of 92 years.  He lived faithfully as a father, grandfather, pastor, civil rights activist and tireless champion of social justice and peacemaking.

Joe was born April 29, 1928 in Knoxville, TN.  He helped his parents, Tacie (Thomas) and Neal Dow Peacock, with their peach orchard, “Friendly Acres,” near the Smoky Mountains.  He inherited his love of gardening from his father, who was the Dean of the College of Agriculture at the University of Tennessee.

After graduating from the University of Tennessee, Joe entered Yale Divinity School.  He described this time of his life as an awakening that expanded his perspectives and relationships with a diversity of people and ideas.  While in seminary, he organized two Presbyterian churches in Rhode Island.  He served these congregations (Dunn’s Corners Community Church and Babcock Memorial) for 6 years.

Most of his professional life, Joe served in campus ministry, impacting the lives of students at Berea College, Northwestern University, the University of Illinois, and Franklin and Marshall College.  He entered into the lives of students, encouraging them to make a difference in the world and supported them in life-changing ways.  Later in his ministry, he served as the Director of Christian Social Ministries with the Lancaster County Council of Churches (PA) and as Executive Director of the Evansville Area Council of Churches (IN).

Joe had dual standing as a minister in the United Methodist Church and the United Church of Christ, but his expansive faith crossed all denominational and religious boundaries.  He built bridges among people that nurtured inter-faith relationships and cross-cultural understanding.  He lived God’s unconditional love for all people.

While at Berea College, Joe joined the civil rights movement and fought to integrate restaurants and businesses in Kentucky.   That is where he met his beloved Joyce, who was engaged in similar work.  They were married in Lincoln, Nebraska on August 8, 1958.  Together, they made this world a better place and engaged in “good trouble,” working to end economic, racial, gender, and social disparities.  Willing to engage in civil disobedience to effect change and defend human rights, Joe was proud to have been arrested at the South African Embassy during the anti-apartheid struggle.

In 1971, Joe served as a visiting professor at the University of Lagos in Nigeria, teaching courses in the Sociology of Education.  His global perspective continued throughout his life – in his work for peace and justice, immigrant rights, and as he nurtured abiding friendships with international students and people from around the world.

After Joyce’s death, Joe moved to Saint Paul so that he could spend more time with family, particularly his grandsons Joe and José.  He loved telling his grandsons stories about the adventures of his life, playing with them when they were young, watching them grow, and celebrating their progress and accomplishments.  He was so proud of them!  Most of all, he loved being their “grandpa.”

In Saint Paul, Joe lived at Carondelet Village and was an active member of Macalester Plymouth United Church. The nurture of these communities of care and faith offered him support and opportunities to express and act on his social justice and peacemaking commitments during the later years of his life.

A virtual memorial service will take place August 29 at 2pm (CDT).  Contact ofcweb@macalester-plymouth.org for  information about service and memorial gifts.