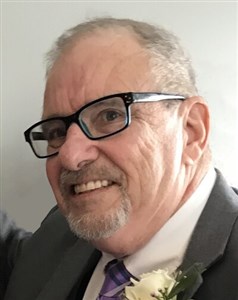 Keith Allen Michaels, 71, went home to the Lord on December 22, 2020 with a smile on his face and his wife at his side. His death was due to complications following surgery for lung cancer.

Keith was born and raised in Sandusky, Ohio. Following high school, Keith enlisted in the Marine Corps and served in Vietnam. He earned the Navy Achievement Medal for superior performance and was authorized to wear the Combat “V”. Some of the other honors he achieved included the Presidential Unit Citation and the Vietnam Cross of Gallantry. PTSD impacted him for the rest of his life. The highlight of his decade of service as a Marine guard at the American embassy in Rome, which was a very enjoyable assignment.

Not long after returning to Ohio, Keith responded to God’s call to ministry. After graduating from Milliken University, he earned a Master of Divinity at Christian Theological Seminary in Indianapolis. He was ordained as an Elder in the United Methodist Church in 1994 and ministered to churches in the Illinois Great Rivers Conference until just a few months before his death. Those churches included Strasburg, Washington, Gaskill, Dalton City, Oakley, Georgetown, Danville, Central Park, Warrensburg, Olney Saint Paul, Rossville, Bismarck, Carlyle, Huey, Beckemeyer, East Alton First, Bethel, and Grafton. During the pandemic, he and his wife Vicky, supported each other in leading virtual worship services for their churches. He served as Registrar for the District Committee on Ministry up until his death.

Pastor Keith was a site Director at East Bay Camp for several years and led the Walk to Emmaus. He was gifted in youth ministry and was known for having exceptional creativity in teaching children about Jesus. In addition, he was a singer and often shared this gift in worship services. Keith led three adult groups to the Holy Land and had hoped to go one more time. In his later life, he loved to BBQ for friends, garden, and cheer for the Green Bay Packers.

Keith was a devoted father who raised a son, Tim Michaels of Colorado with his wife of 46 years, Joanne (Slyker) Michaels who preceded him in death. He is deeply mourned by his wife Rev. Victoria (Mardian) Michaels of Florissant with whom he enjoyed the last years of his life. He also leaves stepsons Keith Brown, Kyle (Christine) Brown and grandchildren Ethan, Owen, and Aiden of Missouri. In addition, he leaves brother Jim (Donna) Michaels and sister Laura Michaels of Ohio. Nieces and nephews in Ohio include Laura (Sean) Sefcik, Chris Michaels, Daniel (Alicia) Risner, and Ken (Anne-Marie) Hudak of Canada. Loved ones left behind in Illinois include a dear family friend Lauren (Patterson) Friese, and their children (Madelynn, Marjorie, Brady, and Clark) who lovingly called him “gramps”.

In addition to his wife Joanne, he was preceded in death by his parents Jesse and Bernice (nee Harvey) Michaels, brothers Bill (Karen) Michaels, and Terry (Pam) Michaels, all of Ohio.

A virtual memorial service will be held January 12, 2:00 PM hosted by O’Fallon First UMC, with Pastor Don Long officiating.  Interment will be at a later date due to COVID. In lieu of flowers, please consider giving a memorial to one of these: