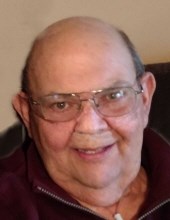 Larry Gene Smith, 70, of Carbondale passed away at 10:27 a.m. on Sunday, December 18, 2016 at the Memorial Hospital of Carbondale.
Larry was born on September 16, 1946 to Harold Eugene “Sunny” Bush and Naomi Ethel (Holland) Bush. He married Angie Kaye on September 21, 2016, in Carbondale. She survives and is of Carbondale.

He is preceded in death by his parents; step father, Robert Smith; and grandparents, William and Geneva (Rushing) Bush.

Larry was an avid fisherman, deer hunter, and woodworker. He served in the United States Navy on the USS Taussig during the Vietnam Conflict from 1964-1967. He enjoyed spending time with his friends called “The Makanda Boys,” including Jim Booth and Dale Patterson.
Services for Larry will be held at 10:00 a.m. Thursday, December 22, 2016 at the First United Methodist Church with Reverend Alan Rhein officiating. Burial will follow in Oakland Cemetery, Carbondale with Military Services. Visitation will be from 5:00-8:00 p.m., Wednesday, December 21, 2016 at Meredith Funeral Home, Carbondale.

Memorials are the preferred form of remembrance and may be made to the St. Francis Care Animal Shelter or to This Able Veteran. Envelopes will be available at the funeral home or church.

To share a story or memory of Larry, please visit, www.meredithfh.com.