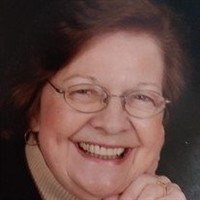 After earning a Bachelor’s degree in Education from Southern Illinois University-Carbondale, she taught first grade in Rantoul, IL. Soon after, she moved to Florida and sold real estate while raising a family. In 1972, Martha moved to Edwardsville and began selling real estate with her father. Successful in sales, she earned accolades as one of the Top Ten Sales Woman for Equitable Life Insurance. Later in life, she received a Master of Divinity degree from Garrett Theological Seminary and became an ordained pastor in the United Methodist Church. For 13 years she served churches in Alton, Elsah, Ashley, Waltonville, Shipman, Medora, Donovan, Sheldon, Grafton and Rosedale before retiring in 2003. Martha loved to play the piano and had an eclectic taste in music that included church hymns, ragtime, Preservation Jazz Band, and all types of music.

Martha’s life will be honored in a private graveside service in mid-September. A memorial service is planned for the spring of 2021.