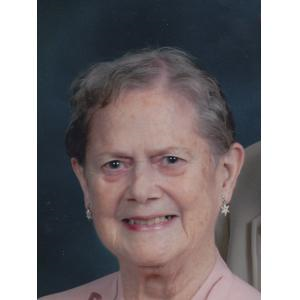 Mary was born June 29, 1929 in Rock Island the daughter of Bub and Viola Adams Hendrick.She married the Rev. Arthur M. Runyon on December 17, 1950 in Rock Island, IL. He survives. Mary and Art had just celebrated their 66th wedding anniversary.

Mary is preceded in death by her parents, a son David Runyon and her 4 brothers.

Mary graduated from Rock Island Senior High School, Rock Island, IL and Moline Lutheran Hospital School of Nursing, Moline, IL. Mary had been a Registered Nurse at Brokaw Hospital, Normal, IL and at Paris Community Hospital, Paris, IL, and at a doctor’s office in Kankakee, IL. Mary had been a foster mother for 20 children. She enjoyed knitting scarves and caps for her entire family. She was a loving wife, mother, grandmother and great-grandmother. She will be missed by all who knew her.

Please view the obituary and share your condolences and memories online at www.calvertmemorial.com