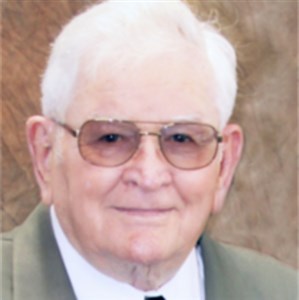 In Oren’s earlier years, he was an electrician, as well as a mechanic at the Shell Service Station in Xenia. After he moved to Lawrenceville, he became the director of maintenance for 16 years at the United Methodist Village. He graduated in 1993 from St. Paul Theological Seminary in Kansas City, Missouri and became a United Methodist Pastor, pastoring at several local churches. His memberships included the Pinkstaff United Methodist and the Xenia School Board. He enjoyed coon hunting and doing volunteer work at the Meadows. He was a Staff Sergeant with the United States Army Air Force and served in WWII. Oren served his Lord and Savior all of his life and he has now heard well done thy good and faithful servant.

Preceding him in death were his parents; wife, Betty; one sister, Frances Smith; and one great-grandson, Derrick Ballinger.

Funeral services will be Monday, January 7, 2019 at 10:00 AM at the Emmons-Macey & Steffey Funeral Home in Lawrenceville, Illinois. Visitation will be Sunday from 4:00 PM until 7:00 PM at the funeral home. Burial will follow in the Parker Cemetery, north of Xenia, Illinois, with military rites. Memorial donations may be made to the Pinkstaff United Methodist Church, the United Methodist Village, or the Johnson University in Knoxville, Tennessee.