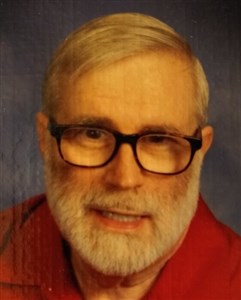 Paul Kerry McDowell, 78 of Savoy, IL passed away 1/21/22 at Carle hospital, Urbana, IL. Renner-Wikoff Chapel & Crematory, Urbana, IL are handling the arrangements. Paul was born to Elizabeth K. (Scholer) McDowell and Raymond A. McDowell in Columbus, Ohio. Surviving are his brothers, Raymond (Barbara) McDowell of Columbus, OH and William (Alice) McDowell of California, MD; his daughters, Kimberly B. (Daniel) Coffey, Champaign, IL, Kari J. Kells, Olympia WA; his grandchildren, Sean Coffey of Urbana, IL and Abigail Coffey, Champaign, IL; 6 step children; several nieces and nephews and extended family. Paul was preceded in death by his parents; his first wife, Myrnella J. Barney; 2nd wife, Mary C. McDowell; and 3rd wife, Hilda M. "Peggy" McDowell. Paul earned his B.S., M.A. and M.F.A. at The Ohio State University, Columbus Ohio. He was an educator for 15 years in the fine arts and then was a therapist after studying at Washington University, St. Louis, MO. He was able to combine both careers by including art therapy in his counseling practice. Paul was a member of Christian Life Church, Rantoul, IL. He was very social and enjoyed discussing religion and politics. He was also an avid reader, movie lover and Santa Claus collector. Paul passed along his drawing and painting skills to several members of his family.

In lieu of flowers, the family suggests donations to any organization or charity that's important to his friends and family. The family is choosing not to gather at this time however you are invited to remember Paul in a way that comforts you. Online condolences can be expressed at www.renner-wikoffchapel.com