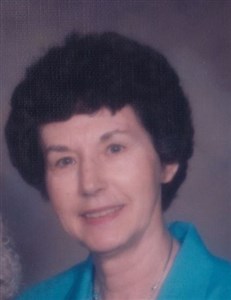 Pauline Caroline Stoltz, 83, of Mt. Carmel, Illinois, went to be with her Lord Thursday, November 19, 2015 at United Methodist Village in Lawrenceville, Illinois. She was born Saturday, March 5, 1932, in Wabash County, Illinois, the daughter of William E. and Gladys K. (Seibert) Stoltz.

Much of Pauline’s life was spent in teaching the children of Wabash County. She taught for twenty-four years at Lancaster School and eighteen years at Mt. Carmel North School.  She was a member and served as treasurer of Wabash/Edwards County Retired Teachers Association and Kappa Delta Pi.

Preceding her in death are her parents; brother and sister-in-law Herbert and Imogene Stoltz; and sister and brother-in-law, Eileen and Romie Saner.

Visitation for Pauline Stoltz will be Monday, November 23, 2015 from 4:00 p.m. to 7:00 p.m. at Short Funeral Home in Mt. Carmel. Her funeral service will be Tuesday, November 24, 2015 at 10:00 a.m. at Lancaster United Methodist Church in Lancaster, Illinois, with visitation from 9:00 a.m. until service time. Burial will follow at Harrison Cemetery in Lancaster.

Condolences may be made online at www.short-cunninghamfh.com