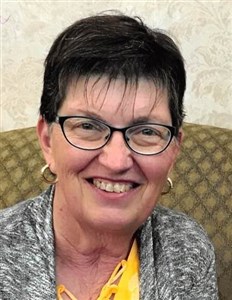 Peggy was born December 17, 1949, in Monmouth, IL, the daughter of Ralph and Dorothy (Schweitzer) Ault.  She was raised and educated in Monmouth, graduating from Warren High School in 1967.  She later earned her Bachelor’s Degree in 1971 and her Master’s Degree in 1972 in Physical Education from the University of Illinois.

Peggy was an Educator and Teacher for 33 years most of which was spent with the Monmouth School District.  She also taught for 12 years as a Professor at Monmouth College.  She also spent 18 years as a United Methodist Minister serving the Smithshire and Kirkwood communities.

She enjoyed crafting stained glass and gardening.  Peggy was given an Honorary Varsity letter from the U of I for her promotion and support of women’s athletics. She was an active 4-H leader and was a 4-H Hall of Fame member.  She was also a member of the Fairview Center United Methodist Church.  Her passion was writing and publishing books, most notably “Maggie Jean”.

Funeral services will be 11:30 am, Saturday, May 4, 2019 at McGuire & Davies Funeral Home and Crematory, Monmouth.  Visitation will be from 8:30-11:30 on Saturday morning prior to the services.  Cremation will take place following the services with interment to be at Sugar Tree Grove Cemetery.  Memorials may be given to the Monmouth Roseville Education Foundation or Warren County 4-H.