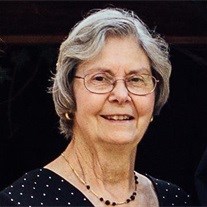 Phyllis was born September 28, 1939, in Lincoln, Nebraska, the daughter of Harry and Verona (Schaeffer) Vollertsen. She attended grade school in a one room schoolhouse (District 85) in rural Nebraska and graduated from Eagle Consolidated High School, Eagle, Nebraska, in 1956. In 1959, Phyllis graduated from Peru State College in Peru, Nebraska, with a BA in history and art. She met Larry Olson in Newport, Rhode Island and married him on October 7, 1961. In 1988, she received her MBA from St. Ambrose University in Davenport, Iowa.

Phyllis’ favorite time of year was the spring when everything would turn green and the flowers would bloom. Phyllis was an active member of the Good Earth Garden Club and Linn County Master Gardeners. She did beautiful hand needlework and was a member of the Cedar Valley Chapter of the Embroiderers’ Guild of America as well as St. Mark’s United Methodist Church. Phyllis worked various industries during her life, some of which include: Raytheon Corporation, owning Olson Hardware with her husband in LaHarpe, Illinois, and Montgomery KONE, Inc. She retired in 2004, from Corporex Company in Cincinnati. Phyllis was very proud of her children and grandchildren and loved spending time with them. She also enjoyed playtime with her cats, Sunshine and Lucy.