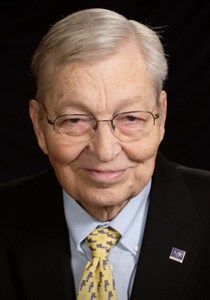 Ralph served as a United Methodist pastor for 43 years. Prior to ordination, his charges included Wanda and Beaver Creek, Capron/Blaine and Durand. After being ordained an elder in the Southern Illinois United Methodist Church, his charges included Marissa and Zion, Mounds, Nashville Grace, Edwardsville Immanuel, and Granite City Niedringhaus. He was an active member of the United Methodist camping program in Southern Illinois, helped to build several of the buildings at Little Grassy Camp near Makanda, hosted retreats, and enjoyed leading youth groups as well as adult couples in week-long canoe trips on rivers in the Ozarks.

In spite of their busy lifestyle working in the church and raising a family of four children, Ralph and Jennie Lynn always found time to offer their services to their alma mater. In 1982, Ralph became a member of McKendree’s Board of Trustees, a role he would maintain for the next thirty-three years. Through his service on the executive committee and countless others, Ralph played a pivotal part in shaping McKendree’s future.

Ralph was preceded in death by his sister, Coruna Ruth Totten, and his son, Ralph Gregory “Greg” Totten.

A private graveside service will be held at Mount Vernon Memorial Gardens in Woodlawn, Illinois. Memorials may be made in Ralph’s honor to McKendree University or the Preachers' Aid Society and Benefit Fund.