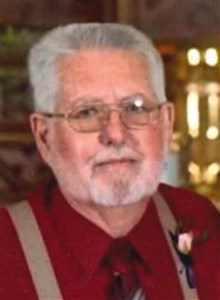 Ray graduated from Morrisonville High School, and then proudly served our country in the United States Marine Corps.  He served during Vietnam, and attained the rank of Corporal before his honorable discharge in 1968.  Once Ray was out of the service, he worked as a mechanic in California, and he coached little league while he was there.  Upon his return to Illinois, he and his father operated the Shell Station in Taylorville, until 1973.  Ray then worked as a long-haul truck driver for 47 years, and spent his later years as a bus driver for the Taylorville school district.  He had a famous sweet tooth, never enjoying too many Reese’s Peanut Butter Cup F5’s from Tastee Treet.  Ray enjoyed working on trucks in his spare time, but he enjoyed being a dad and grandpa the most.  He was a member of the Morrisonville United Methodist Church.

Ray was preceded in death by his parents; grandson, Darren Durbin; and brother-in-law, Cayle “Fuzz” Davis.

Visitation:  The family will receive friends from 4:00-7:00 p.m. on Monday, August 3, 2020 at Perfetti-Assalley Funeral Home in Morrisonville.  In keeping with CDC guidelines, only 50 guests at a time will be allowed to visit with the family, and the wearing of masks is suggested.

A private family funeral ceremony will be held, followed by interment with military honors at Anderson Cemetery in Palmer.

Memorial contributions may be made to: Morrisonville-Palmer Fire Protection District, 205 SE 6th Street, Morrisonville, IL 62546, or Bear Creek Community Club, PO Box 18, Palmer, IL 62556.  Donations of food may be made to the Palmer Community Building on Tuesday morning.

Please visit www.assalleyfuneralhomes.com to offer condolences to the family.