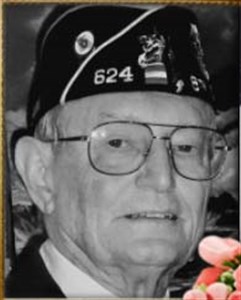 Raymond graduated from Pittsfield High School, Pittsfield, Illinois, and enlisted in the U.S. Navy two weeks before his graduation.  He served his country and was recruited into espionage during World War II.

He attended Indiana State in Terre Haute, and graduated from Illinois Weslyan with a degree in Music Education.  He then went on to Garrett Theological Seminary, in Evanston, Illinois, graduating in 1964.  He pastored for the Methodist Church in the Central Illinois Conference for 41 years.  He also worked as a volunteer hospital Chaplain in Springfield, Peoria, and Kankakee (Illinois).  Raymond was a member of the Masonic Lodge and the Eastern Star. He retired in September 1995, where he and his wife, Louise, moved to Sunrise Beach, Missouri.  He was involved in the American Legion for 20 years as the Post Chaplin, 12 years as District Chaplin, and 12 years Department Chaplin of American Legion for Missouri. He was involved in the American Passion Play in Bloomington, Illinois for 47 years as the disciple John, Thomas, one of the Sanhedrin, and recently as a tenor in the play’s choir. He continued serving others through hospice care.

His ashes will be privately interred at a later date.