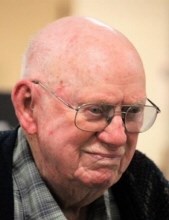 He grew up during the Great Depression on a Southern Illinois farm, then spent World War II in the Navy. He served on the destroyer USS Wadsworth, which saw action in several of the most important naval battles in the Pacific theater. Following the war, he returned to Illinois, went to college on the G.I. Bill, and spent a long and productive career teaching ag. and ag business courses both at the high school level and to farmers in the St. Elmo area of southern Illinois. In that capacity, he helped modernize Illinois farming during an era when farm yields were exploding. He was a member of the St. Elmo United Methodist Church, American Legion and Lions Club. Richard participated in the Abraham Lincoln Presidential Library Oral History Project and this can be enjoyed by clicking on the following link; https://www2.illinois.gov/alplm/library/collections/OralHistory/VeteransRemember/worldwarII/Pages/Lowe,-Richard.aspx.

Online condolences may be expressed at www.giesekingfh.com