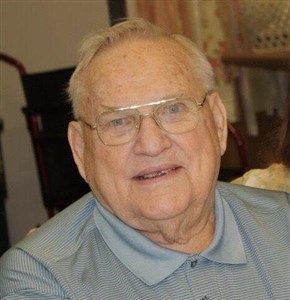 He was born April 30, 1929, in Springfield, the son of Robert and Margaret Mohr Hackl.

He was preceded in death by his parents; two brothers, Jack and Richard Hackl; a grandson, Will Tate; and a niece and nephew.

Bob graduated from Millikin University and earned a Master of Divinity from Evangelical Theological Seminary. He served United Methodist churches in Oakwood/Hillery, Prairie Chapel, Elliott, Roberts UCC, Argenta, Potomac and Northeast Parish, Bismarck, and Ridge Farm/Georgetown, retiring in 1991. He was the minister at the Windsor of Savoy, where he lived, preaching through October.

Throughout his life, he touched many people. He performed countless marriages, baptisms and funerals. He and his wife, Mary, loved to travel. Together, they spent countless hours watching their grandchildren and great-grandchildren grow up

In addition to ministering, he was a substitute in the classroom, started a food pantry, always had a garden, took great pride in his beautiful lawn, led many trips for senior citizens, supported the Illini and volunteered.

The Rev. Marc Brown will lead a private service; a memorial service will be held later. Memorials may be made to Savoy United Methodist Church, 3002 W. Old Church Road, Champaign, IL 61822, or the Preachers' Aid Society and Benefit Fund, P.O. Box 19207, Springfield, IL 62794.