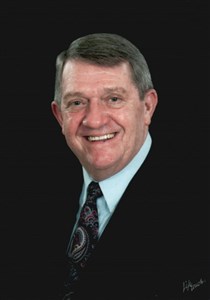 He was born September 7, 1942, in Nowata, Oklahoma, to Thomas F. and Gladys (MacBlane) Lawry. His early years were spent in Tulsa, Oklahoma, until his family moved to Robinson, Illinois, where he would graduate from high school in 1960. He married Elsa Kay Ferguson on June 10, 1967, in Evanston, IL. He married Susan Cress Samuel on October 20, 2000, in Effingham, Illinois.

He was preceded in death by his parents and one brother, John Finlay Lawry of Dunwoody, Georgia.

Surviving are his wife, Susan. One son, John Thomas (Lizbeth) Lawry of Boiling Springs, Pennsylvania; two daughters, Catherine Lawry of Bloomington, Illinois, and Elisabeth (Michael) Stewart of Lisburn, Northern Ireland; and two step-sons, Christopher J. (Laura) Samuel of San Antonio, Texas, and Andrew J. (Treasure) Samuel of Bellingham, Washington. Also surviving are his six granddaughters, Briana (Jack) Lawry-Popelka, Kennedy Stewart, Alyssa Lawry, and Niamh Stewart, Kelly Sue Samuel and Norah Jo Samuel. He also leaves behind his older brother Thomas (Mary Catherine) Lawry of Aurora, Colorado, and his younger sister Lynn (Glenn) Thienel of Corydon, Indiana. Bob and Sue were blessed to have a close relationship with his niece, Julie Fletcher, and her daughters, Emily and Elaina. Their visits to Peoria to swim, eat pizza, and see a movie together were unquestionably the highlight of Bob and Sue’s summer. He was proud of his nephew Chris and wife, Rachel, and their daughter Lillian. They didn’t get to see them often, but loved them deeply.

In the summer of 1959, Bob was selected to go on a National MYF Mission Trip to Dulac, Louisiana, where he would spend a month working with the Houma Indians in that community. It was that experience that led to his being Called into the Ministry. Upon returning home, he studied for his License to Preach which was issued to him in December of 1959.

Bob graduated from Robinson High School and attended Illinois Wesleyan University in Bloomington, IL. Not long after starting his freshman year he began working part-time with the youth at Ebenezer Methodist Church near Funks Grove. The next year, 1961, he was appointed as the student pastor of that church. He would often talk about his years at Ebenezer as some of the happiest and most formative years of his life. Many of the youth he worked with have grown up to be members and leaders of that church, and he has remained close to them. He graduated from Illinois Wesleyan in 1964 and moved on to begin his seminary years at Garrett Theological Seminary, graduating with a Master of Divinity in 1968.

While living in Effingham he met and married Susan Cress Samuel on October 20, 2000. They have spent many happy hours visiting their children and grandchildren who are scattered across the country.

You couldn’t be around Bob for any great length of time without learning of his friendship with Lou Groza, NFL kicker for the Cleveland Browns. They made contact with each other when Bob was in Jr. High, and the relationship continued to grow. Bob and his dad were able to meet Lou for the first time in Chicago where Lou would be playing in the College All Star Game in 1956. They moved around furniture in their hotel room at the Palmer House so Lou could give him his first kicking lesson. At that point Bob was hooked, and he went on to be the place kicker for his high school and for the Illinois Wesleyan University football team. Bob and Lou would remain friends until Lou died in 2000.

Bob appreciated the privilege of being a pastor. His primary spiritual gifts were preaching, teaching, and administration. He excelled and thrived with two of those and was good at the third. He also appreciated the years he got to work with the young people in his churches. He knew it was time to move on when his kids repeatedly suggested he be the goalie or play in the outfield. He enjoyed being around the people in his parishes, especially people who had committed to being disciples. He was always touched when they grew in grace and discovered they could become more than they thought they could.

Cremation rites have been accorded. A memorial service is planned for Thursday, March 10th at 11am at Ebenezer Methodist Church, 1971 E. 550 North Road, McLean, Illinois 61754.

In lieu of flowers, memorials may be given to the donor’s favorite charity or the Preachers’ Aid Society and Benefit Fund of the Illinois Great Rivers United Methodist Conference, PO Box 19207, Springfield, IL 62794 or your local Salvation Army.