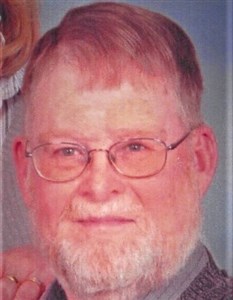 Scott was a lifelong Brown County farmer who was always willing to try new and advanced techniques and enjoyed sharing his experiences with others who were engaged in farming.  He also had worked as a field reporter for the Farm Service Agency.

Scott graduated from Brown County High School with the class of 1956.

He then served his country in the United States Air Force from 1957 until 1960.

Scott was a devoted member of the First United Methodist Church of Mt. Sterling where he served the church in numerous capacities including serving as chairman of the trustees and as a youth group advisor.  He was also a member of the Timewell American Legion, the Mt. Sterling Optimist Club, served on the Brown County Farm Bureau Board and also served on the Brown County Soil and Water Conservation District Board at the local, district and state levels.  Scott was an avid supporter of the Brown County Hornets and the St. Mary’s Eagles, and truly enjoyed attending the many activities of his grandchildren.

He was preceded in death by his parents and 1 brother-in-law Ed Test.

Funeral services will be held at 10:00 a.m. Thursday, August 1, 2019 in the Hendricker Funeral Home in Mt. Sterling with Rev. Connie Jenkins and Rev. Angel Rosales officiating.

Memorials are suggested to The Sting Squad or the Brown County High School Athletic Department.

Condolences for the family may be left on line at www.hendrickerfuneralhome.com.

The Hendricker Funeral Home in Mt. Sterling is in charge of the arrangements.