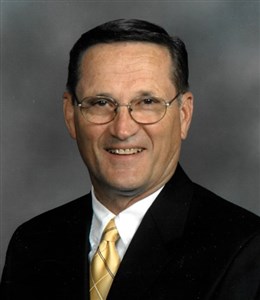 Thomas Hardy Gabbard, age 81, of Plano, Texas passed away on Saturday, October 13, 2018. Tom was born Tuesday, September 28, 1937 in Ardmore, Oklahoma to Sarah Frances Gabbard and John Curtis Gabbard. He was the youngest of three boys.

Tom grew up in Oklahoma with his two siblings Curt and Bill. With only three years to separate them Tom’s mother always remarked there was a padded cell at the local sanitarium just waiting for her. Tom had a spark of mischief. Tom would often go out in the mornings before school to hunt. One time he saw a rattle snake. Knowing his mother would be concerned he shot the head off and coiled it in the middle of the road for her to find on her way to pick him up. She saw the snake and drove back and forth over it several times while he smirked from his hiding spot.

Thomas graduated from Champaign High School in Champaign Illinois and went to University of Illinois where he lettered in wrestling, was President of the Letterman’s club, member of Phi Delta Theta Fraternity, member of the Naval ROTC and graduated #1 from his school of Engineering with more honors than anyone else at the time. Upon graduation he entered the Navy and achieve 2nd Lt Junior Grade. When discharged he moved to St Louis, Missouri where he met Bette Gentry. They were married April 04, 1964 at Webster Groves Presbyterian Church and celebrated their 54th anniversary this year. As a couple they have enjoyed lifelong friendships with those newlywed couples they first met in the Webster Groves “Presbyweds” group. Thomas came to the Ministry late in life and was ordained as Methodist minister in 1997 where he became the Minister at Sharon United Methodist Church in Decatur Illinois.

Thomas enjoyed such hobbies as golf and Nutrition/Health/Alternative Medicine. Never one to miss a chance for an adventure, the week before he passed, Tom joined his oldest brother Curt on a road trip to attend their Uncle Joe’s 100th birthday in Oklahoma City Oklahoma and visit their other brother Bill in Fort Wayne Indiana to catch a round of golf. The trip was memorable and cherished as it would be the last time the three of them would be together in this lifetime.

In lieu of flowers please consider a donation, in Thomas' memory, to The Illinois Great Rivers conference where he ministered.