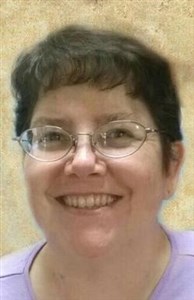 Toni JoAnn Heller Ross, 51, of Illinois City, went to her heavenly home Wednesday, Jan. 27, 2016, as Jesus won the ultimate battle over her cancer.
Times of visitation and fellowship will be held Monday, Feb. 1, at Camp Milan, 1328 127th Ave., Milan, from 2-4 p.m. and 5-7 p.m., with a time of sharing at 6:30 p.m. In lieu of flowers, the family invites people to bring a picture of them with Toni, since she was so many things to so many people. Pictures and memories will be made into a scrapbook for the family. Following visitation, her body will be cremated and a memorial service will be held at a later date.
During her teen years, Pastor Toni was involved in The International Order of the Rainbow for Girls, in which she was a grand officer. Because of her late father's commitment to education, she graduated from high school a semester early with honors. She attended Sauk Valley College, receiving her associate's degree after teaching herself college-level chemistry. After her marriage to Howard, she worked as a sales associate, then for the East Moline School District arranging for substitute teachers. She began her pastoral ministry in 1998, first with Hampton and East Moline Grace United Methodist Churches, then with the Illinois City and Pine Bluff United Methodist Churches in 2008. Both Toni and Howard graduated from theological Course of Study School in 2012, and they helped many others through their own Course of Study journey. She has served many times in the Quad Cities Emmaus and Chrysalis Communities both as a lay person and as clergy, most recently serving as the Chrysalis Community Spiritual Director. She especially enjoyed serving on Chrysalis weekends because she loved welcoming new kids into the family, both to Christ's family and her own.
In her “down time,” Toni enjoyed quiet nights at home, reading, listening to contemporary Christian music, watching movies, and doing puzzles, but what she treasured the most was times with family and friends, especially her kids and grandkids.
Survivors include her husband of 31 years, Howard; children, Nathan Anthony Ross, Ames, Iowa, and Nicole Marie (James Aaron) Ross Bishop, East Moline; grandchildren, Aaron and Alaina; mom and stepfather, JoAnn and Doug Seelye, Morrison; brothers, Kevin Heller (Kelli Rodriguez), Sterling, and Rory (Pam) Heller, Mahomet, Ill.; stepbrothers, Scott (Sherri) Seelye, Eureka, Calif., Steve (Shawn) Seelye, Highland, Mich., and Mark (Donna) Seelye, Waterloo, Wis.; many aunts, uncles, cousins, nieces, nephews; and the many young men and women who referred to her as “Mom.”
She was preceded in death by her father, Tony Heller.
Online condolences may be left for the family at vanhoe.com