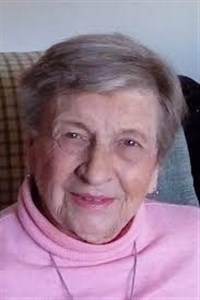 Vera graduated from Robinson Township High School in Robinson, IL in 1945. In 1952, Vera graduated from Manchester College with a bachelor’s degree. Prior to graduation, she attended Butler University and Herron School of Art. Vera had taught school for 2 years in the public school system and then ran an in-home tutoring school. She and her husband moved to Frankfort in 2006 after her husband retired from the ministry.

She is preceded in death by her parents and an infant son David Wesley.

Memorial services and inurnment will be in the Mound Cemetery in Pana, IL at a later date. Memorials may be made to Heifer International, Jimmy Carter Center, Habitat for Humanity, Wesley Manor Good Samaritan Fund or the donor’s choice.

Online condolences may be directed to www.gendafuneralhome.com.