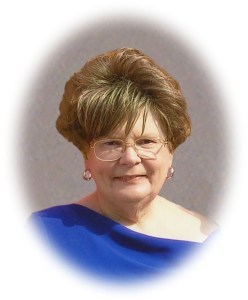 Dr. Willa Marie Bruce, 81, of Omaha, a former Kayser Professor of Public Administration at the University of Nebraska at Omaha, passed away peacefully January 4, 2020 after a long illness.  She is survived by her husband, Dr. James Walton Blackburn; sons, Dr. Robert “Bo” Bruce (Marianne Pascale) and Joseph M. Bruce (Carol); and grandson, Robby Bruce.  She was preceded in death by her late husband, Robert B. Bruce; and son, Josh Bruce.

Willa was born August 22, 1938 in Huntington, WV to Inez (Lunsford) Smallwood and Frank Smallwood.  She graduated from Marshall University, Huntington, WV in 1960 and became an English teacher, then later a Social Worker in rural West Virginia.  Following her husband, Robert’s untimely death Willa returned to school where she earned her Ph.D., and three Master’s degrees while also raising three young sons as a single mom.  She started at UNO in 1985 and has a distinguished academic career authoring four books and over fifty refereed articles while also being an acclaimed teacher.

Willa was a woman of great faith.  Raised a Southern Baptist, her spiritual journey led her to explore many different versions of Christianity and after her retirement she became a Licensed Local Pastor for the United Methodist Church.  Willa’s faith in God was an unshakeable rock that helped her weather the storms of life.

Willa leaves behind a legacy of faith, service and love that serves as an inspiration to all those whose lives she touched.

VISITATION: Monday, January 13th from 1pm to 2pm, at the West Center Chapel followed by a FUNERAL SERVICE at 2pm.  In lieu of flowers, memorials are suggested to Boys Town.