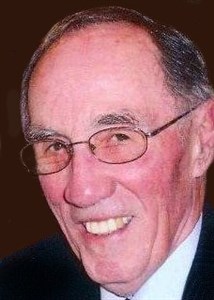 Bill grew up in in Russiaville, Indiana and moved to Warren where he graduated from Salamonie Township High School. He went on to serve in the U.S. Navy where he became a Seabee and worked for military railroad. He earned a degree from Huntington University and then went on to earn a Doctorate of Ministry at the Christian Theological Seminary.  Bill was a retired Methodist Pastor serving in Illinois and Indiana. Following the passing of his wife Sharyl, Bill married Patricia (Kaough) Rubrake on May 23, 2000. He attended both the Columbia City First Church of God and Columbia City United Methodist Church. In Bill’s retirement years, he enjoyed his family, fishing, sailing, travelling, reading and working in his flower gardens.